The root of the Ukraine crisis is the crisis-making policies of the U.S 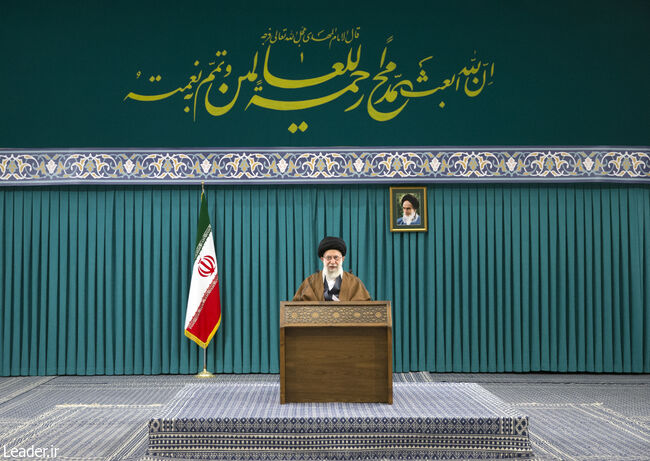 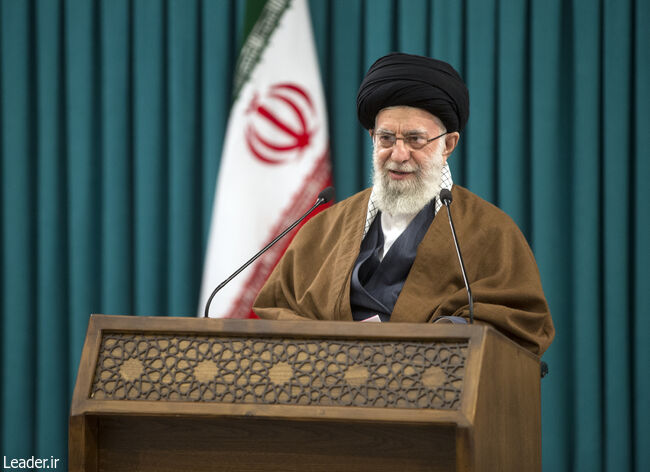 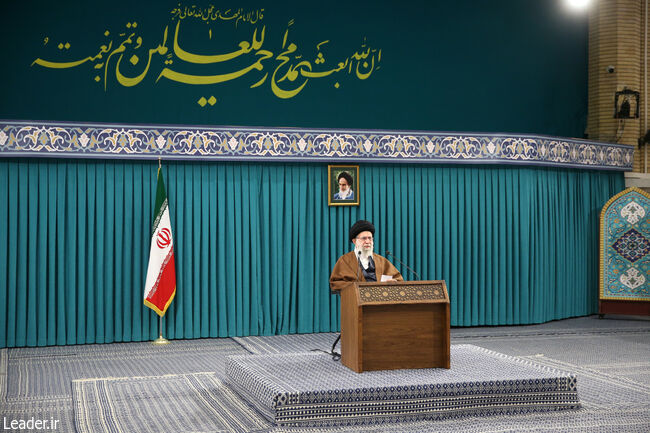 Ayatollah Khamenei, in a speech on the occasion of Eid al-Mab'ath this morning (Tuesday), called the most important gift of Islam and Bi'tha to humanity an invitation to "thinking and rationality" and "purification and moral concepts" to combat ignorance. By referring to the formation of modern ignorance in the West in an organized and broader dimension, they emphasized: Today is the clear and complete manifestation of modern ignorance of the American mafia regime, which is essentially a crisis-making and crisis-ridden regime.

Referring to the cases of Ukraine and its lessons, the Supreme Leader of the Islamic Revolution called this issue a clear example of US crisis-making policy and added: Contrary to the dual positions of the West, the firm position of the Islamic Republic of Iran has always been to oppose war and destruction in all parts of the world, and we believe that the remedy and judgment of the Ukraine crisis depend on knowing its true roots.

Ayatollah Khamenei, congratulating the Iranian nation and all Muslims around the world on Eid al-Mab'ath, described "the expansion of rationality" and "the cultivation and expansion of moral concepts" as two prominent elements of the Islamic values and by pointing out that both transcendent values are the greatest gift of Bi'tha and Islam to humanity, he added: Due to the selection of the Prophet of Islam (pbuh) by Allah, the people of the Arabian Peninsula in the age of ignorance and with characteristics such as misguidance, ignorance, great sedition, blind prejudice, violence and stubbornness, arrogance and refusal to accept the truth and moral vices and sexual aberrations, became a nation that was united, selfless, virtues, and had the best demeanour and was world renown.

By emphasizing that Bi'tha and Islam provided the groundwork for this seemingly unfeasible and impossible task, he added: The most important lesson of Bi'tha is that if the will of the people is in line with the divine will, the deeds and goals that seem impossible to achieve based on human calculations will be achieved.

The Leader of the Islamic Revolution considered the eradication of the monarchy in Iran and the formation of the Islamic system as an example of repeating the prophetic experience and noted: The sincere leadership of the great Imam and the efforts of the Iranian nation made the seemingly impossible work, come true and the tyrannical monarchy that was supported by all world powers to be destroyed and for the Islamic Revolution to give glory to the Iranian nation.

Ayatollah Khamenei, by emphasizing that the pinnacle of the prophetic movement is the formation of an Islamic government, noted: Contrary to the opinion of those who define religion in separation from politics and government, the formation of a government is the most exciting part of the prophetic movement, and the Prophet of Islam (pbuh) did not stop at founding a government; he then afterwards confronted the enemies in all aspects.

He considered the most important orientation of the Prophet of Islam (pbuh) in the resurrection to be against ignorance and, by referring to the different aspects of this ignorance, emphasized: Today, the same aspects of pre-Islamic ignorance exist in an organized and highly widespread manner in the so-called Western civilized world, which is based on greed.

The Leader of the Islamic Revolution then added: Greed, money, discrimination, the usage of science and technology for killing people, plunder of weak countries, and extreme moral vulgarity and sexual chaos are the main characteristics and foundations of the Western civilization, which is in fact the modernized form of same pre-Islamic ignorance.

Ayatollah Khamenei called the usage of the teachings of Bi'tha to confront modern ignorance a necessity and said: "Strengthening religious faith", "Development of faithful and resistant groups around the world", "Strength and stability of the Islamic system", "Wise and prudent plan" and "Extensive knowledge of the characteristics of modern ignorance" are the factors that provide the basis for combating this ignorance.

The Supreme Leader of the Islamic Revolution, referring to the recent incident of the police in a country insulting a photo of Sardar Soleimani and the resistance of the people and the police being forced to apologize, noted: This example shows that even the halfway model of the Islamic Revolution is attractive, and if the path continues well and things go steadily, there will definitely be a very attractive model.

Ayatollah Khamenei considered the American regime as a clear and complete example of modern ignorance in today's world, and by emphasizing that "crisis-making" is one of the main characteristics of the United States, he added: The US regime is "crisis-dependent and a crisis-making" and is essentially a "mafia regime" in which political, economic and arms mafia networks feed and profit on the spread of crises around the world.

Referring to the effective role of mafia networks in controlling and directing US policies, he said: These mafias, which even have the ability to outs and put into power US presidents, need to create crises and establish crisis hotspots in different parts of the world in order to survive.

The Leader of the Revolution described the crises that have arisen in recent years, such as the creation of ISIS, as one of the crises created by the American mafia regime and added: Their lapdog, ISIS, which themselves admitted to creating, openly beheaded innocent people and burned them alive or drowned them so that the US arms factories could maximize their usage from these crises.

Ayatollah Khamenei also called the Ukraine crisis the result of US policies and added: Today, Ukraine is a victim of the US crisis-making policy because it was the United States that brought Ukraine to this point by interfering in Ukraine's internal affairs, organizing rallies and creating a velvet and colourful coup, the presence of American senators in opposition rallies, and the replacement of governments has brought this country to this point.

The Supreme Leader emphasized the Islamic Republic of Iran's firm position in opposing war and said: We oppose war, people being killed and the destruction of the infrastructures belonging to nations anywhere in the world.

This is Islamic Republic's permanent statement. Like that of the westerners, our policies are not twofold: to call the bombing of a wedding caravan in Afghanistan and kill the people of Iraq, fight against terrorism.

Ayatollah Khamenei pointed to examples of crisis-makings of the US and added: What is the United States doing in eastern Syria? Why did they steal Syrian oil? Why is the national wealth of the people being stolen and usurped in Afghanistan? Why are they defending the day-to-day crimes of the Zionists in West Asia, and are they doing all these crisis-makings in the name of defending human rights?

He called the crimes against the Yemeni people another example of the contradictory behaviour of the West and the United States and said: "The Yemeni people have been under bombardment for eight years, but the Westerners not only do not condemn but give publicity, media, verbal, and even practical support to crimes against people.

The Supreme Leader of the Islamic Revolution, by emphasizing that we in Ukraine are in favour of stopping and ending the war, said: But the cure for the crisis is possible only if its roots are known. The root of the crisis in Ukraine is the policies of the United States and the West, which must be identified and then judged and acted accordingly.

Ayatollah Khamenei, in giving essential lessons from the cases of Ukraine, noted: The first lesson for all governments is that the support of the Western powers for the countries and their puppet governments is a mirage and not real.

He called today's Ukraine and yesterday's Afghanistan two living witnesses for countries depending on the US and European governments and added: Both the Ukrainian president and the fugitive Afghan president said we trusted the US and Western governments, but they abandoned us.

The Supreme Leader of the Revolution, in expressing the second lesson, called "people" the most important support of governments and added: If the people in Ukraine had gotten involved, the situation of the government would not have been like this, but because the people did not accept the government, they did not enter. Just as the people did not come to the field during the US invasion of Iraq during Saddam's time, but these same people came to the field in the face of the ISIS attack and pushed back ISIS by suppressing that great danger.

Ayatollah Khamenei called people the main reason for the independence of contraries and pointed out the Iranian nation's pleasant experience in overcoming the Ba'athist enemies, which was dependent on all powers, said: Great lessons should be given be used with open eyes and right thoughts and actions.