The Leader of the Islamic Revolution in meeting a group of Hajj organizers:

Zionist regime exploits governments that have sought normalization of relations 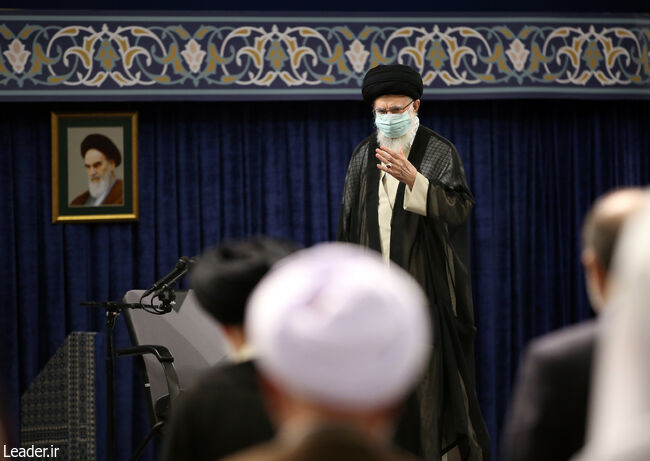 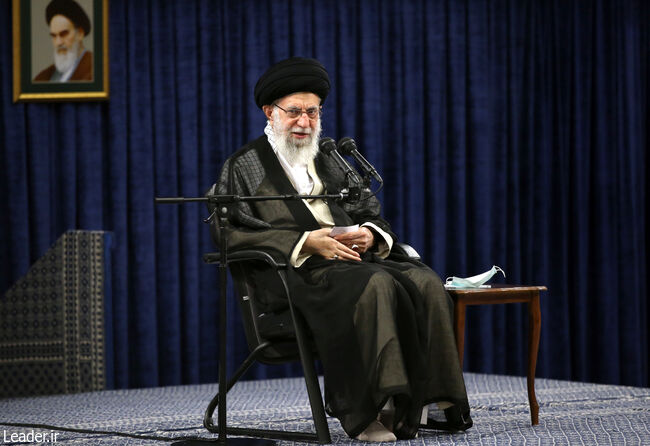 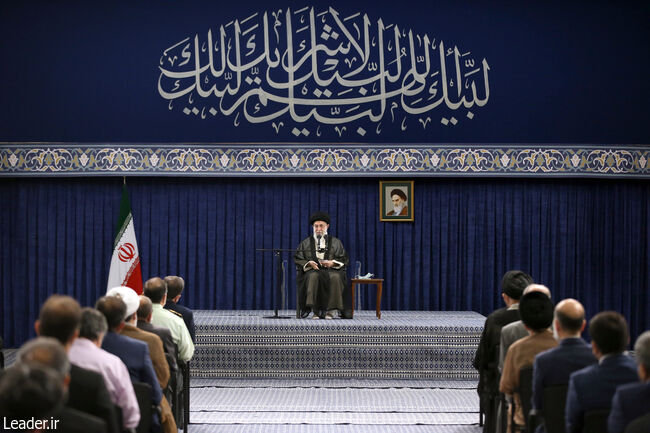 This morning (Wednesday), in a meeting with the Hajj officials for this year, the Supreme Leader of the Islamic Revolution considered Hajj as a pillar of Human life that includes important messages and lessons for various aspects of individual and social life and emphasizes the need to ensure the security of all pilgrims, especially Iranian pilgrims as a severe demand of Islamic from the host government.

He called Hajj a prudent divine program with different angles, dimensions and scope from other religious programs. He said: The Holy Qur'an expresses the wisdom of Hajj in a short sentence, "a base for people", the pillar of human life. Hajj contains teachings and exercises that guide human beings and successive generations on how to choose the elements of their lives.

Ayatollah Khamenei mentioned "teaching coexistence", "simplicity of life", and "avoiding sins and matters that are available but need care" as important lessons of Hajj and added some recommendations: All pilgrims and Hajj officials should appreciate this great blessing. This appreciation is through the intention of proximity to God and to do things firmly, determined and with initiative.

He emphasized inner preparation for this significant spiritual journey for the pilgrim and avoiding undesirable affairs such as shopping. He said: The authentic souvenir of the Hajj journey is reciting the Qur'an, prayer and Tawaf in the Masjid al-Haram, and precious time should not be wasted on fruitless deeds.

Ayatollah Khamenei pointed out that Hajj is a manifestation of the unity of the Islamic Ummah and said: "Every effort should be made so that there is no disruption to the issue of Muslim unity, because creating differences, especially differences between Shia and Sunni, is one of the English tricks."

The Leader of the Islamic Revolution cited good and enlightening contacts with pilgrims from other countries and the use of the Qur'an and good recitations as grounds for increasing unity. He emphasized the Zionists are an immediate and ongoing calamity and an adversary of the Islamic world, adding: Exposing the Zionist conspiracy and plans is a necessary task in Hajj, and the Arab and non-Arab governments, which have gone against the will of the nations and for the will of the United States normalized relations with the Zionist regime, know that these meetings and socializing will have no result except their exploitation by the Zionist regime.

Ayatollah Khamenei also pointed to the heavy responsibilities of the host government and the need for this government to act in the interests of the Islamic world and said: Ensuring the security of all pilgrims, especially Iranian pilgrims and preventing the recurrence of past tragedies and reconsidering the increase in costs, are serious demands of the Islamic Republic.

In the end, he asked the Hajj officials to put the issue of reducing the number of Hajj days on their agenda and find a solution to it

At the beginning of the meeting, Hojjat al-Islam wal-Muslimin Nawab, the representative of the Supreme Leader in Hajj and Pilgrimage Affairs, and Mr Hosseini, the head of the Hajj and Pilgrimage Organization, presented a report on the preparations and plans for this year's Hajj.