The Leader in a meeting with the organizers of the Qom Martyrs Congress: 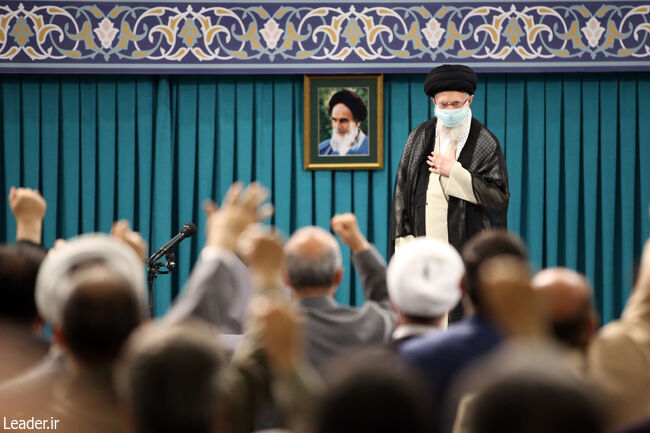 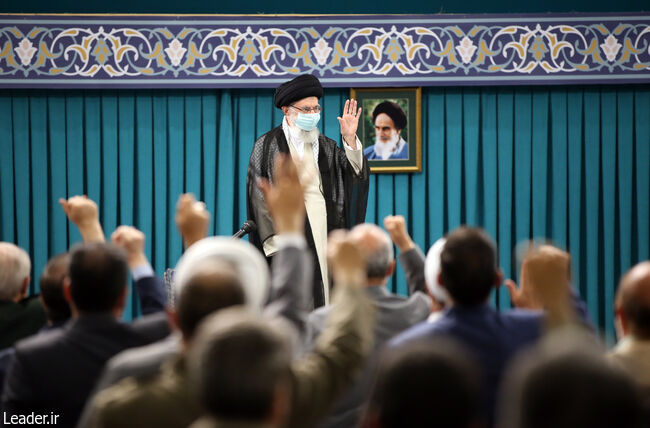 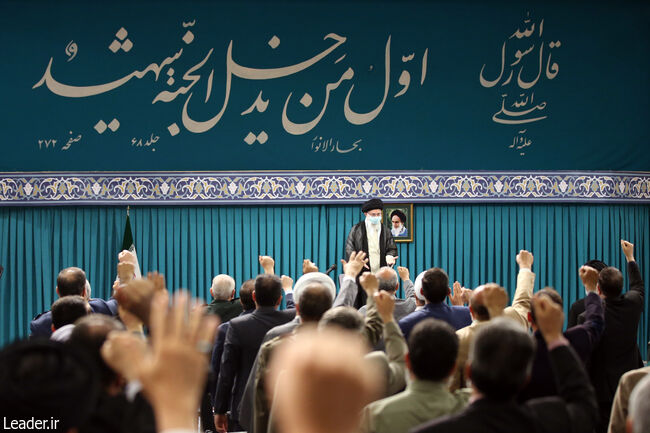 The statements of the Leader of the Islamic Revolution in the meeting with the organizers of the Qom Martyrs Congress held on the 16th of November, 2022, were published this morning (Thursday) at the venue of this conference in Qom.

In this meeting, Ayatollah Khamenei emphasized the need to keep the memory of the martyrs alive and hear their message. He called Qom the city of "rise and crusade". He said: Qom raised and made Iran rise, which was due to the blessings of the Shrine of Sayyida Fatima al-Ma'suma (a) and the seminary (Hawza Ilmiyya of Qom) as its good people who sacrificed many martyrs in the struggle. Indeed, martyrs such as Motahari, Beheshti and Bahonar, who were brought up in Qom, and instead, all the martyrs of Iran, are considered martyrs of Qom because it was Qom that started the movement by responding to the call of the great Imam.

Referring to the brilliant role played by the people of Qom in the victory of the revolution and the holy defence and successive tests until today, he emphasized and pointed out to highlight the outstanding characteristics of the martyrs through the language of art: Each of the bright incidents before and after the revolution is like a historical star and a shining point. The recent incident of Shahcheragh is one of these stars, which, although it grieved people and filled everyone's hearts with sadness, remains in the country's history and is a sign of the nation's liveliness and a cause of pride and honour.

Ayatollah Khamenei listed martyrdom and martyrs to include a set of national, religious, human and moral values and added: Martyr is the embodiment of "sincere faith", "righteous action", and "jihad in the way of God" and promotes national identity as it is today. The sacrifices of the martyrs and their fathers and mothers have added to the magnificence of the Iranian nation.

He also called martyrdom a manifestation of sacrifice and courage. He added: The martyr of the holy defence gave his life so that the evil and cruel enemy could not fulfil his promise of reaching Tehran and humiliating the nation. The martyr of security also gave his life for security and comfort. These sacrifices embody all the moral teachings hidden in martyrdom and martyrdom.

The Leader of the revolution considered martyrdom to deal with Allah and a provider of national interests and said: Martyrdom is a source of empathy and is like a rosary thread that binds together a collection of different ethnicities and languages in the country. In every city, there are prominent names of martyrs who died with one goal and in the same line with their fellow citizens for the honour of Islam, the greatness of the Islamic Republic, and the strengthening of Iran.

He called the transfer of the details of the holy defence and the description of the martyrs and their fathers and mothers necessary and said: This work requires the language of art and artistic productions such as films and serials, documentaries and poetry.

At the end of his speech, Ayatollah Khamenei expressed his hope that all those who have a heart for Islam, the revolution and the nation will use all their strength and capacity for children and new generations and dear Iran so that the memory and message of the martyrs will continue and be transmitted.