The leader In a meeting with several of the Iranian Navy’s senior commanders: 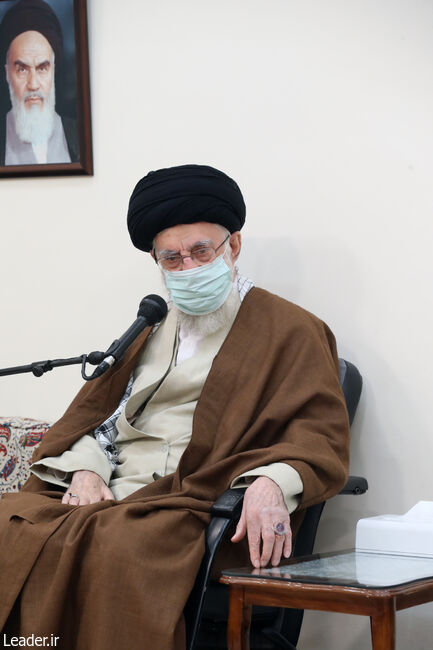 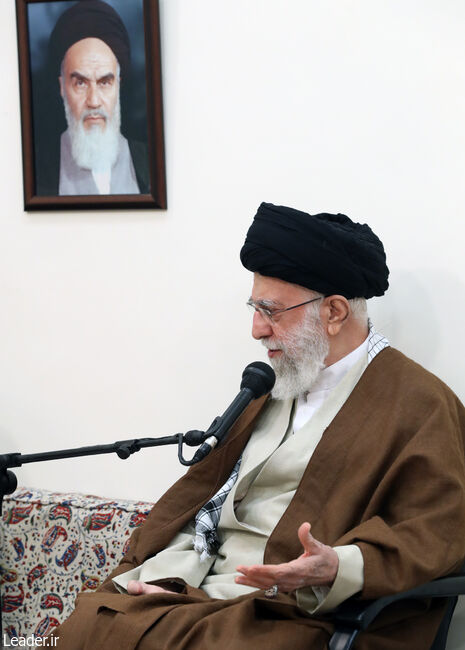 In a meeting with several of the Iranian Navy’s senior commanders Ayatollah Khamenei, as the Commander in Chief of the armed forces, underlined the need for the seas to become part of the country’s public culture. On the occasion of 28th November, the Iranian Navy Day, Ayatollah Khamenei stated that it was necessary to upgrade the combat capabilities and defensive armaments in the Navy and continue taking measures such as sailing in distant international waters. He added that “strengthening the ties between the armed forces and the various branches of the government will help mutual understanding, cooperation, and progress.”

Referring to Iran’s long history of seafaring by Iranians, which had resulted in the spread of the Iranian and Islamic culture and civilization to other parts of the world, the Leader of the Islamic Revolution pointed out that “despite this record and enjoying long coastlines in the north and particularly in the south of the country, the culture of using the sea has come under neglect, but must become part of public culture once again. Referring to the necessity of making the use of marine areas part of our culture and creating a public understanding of the importance of the sea as a crucial foundation, he went on to say that “the past few years witnessed the emergence of the issue of developing the Makran coastal areas, which was welcomed by the government, but making serious progress in this regard requires making the use of seas part of public culture.”

Stating that the use of cultural products, including animation, was adequate for this purpose, Ayatollah Khamenei said that “by using cultural products and introducing the advanced sea-based capabilities of the country both in the military and civil sectors, public desire to take advantage of the opportunity provided by the seas would increase.

In this meeting, Admiral Shahram Irani, the Commander of the Iranian Navy, also presented a report about the Navy’s plans and the steps already taken in different fields.