Peace-loving Iranian nation will put any aggressor in its place 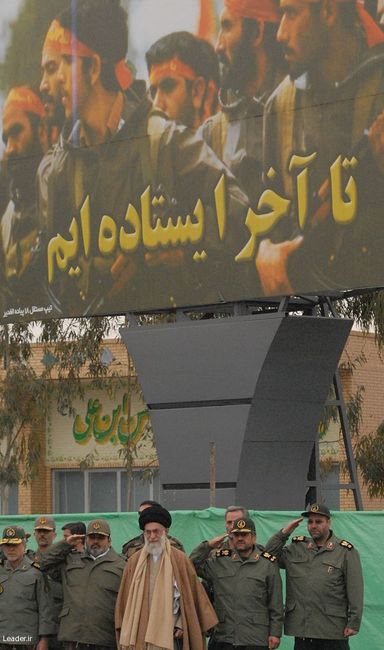 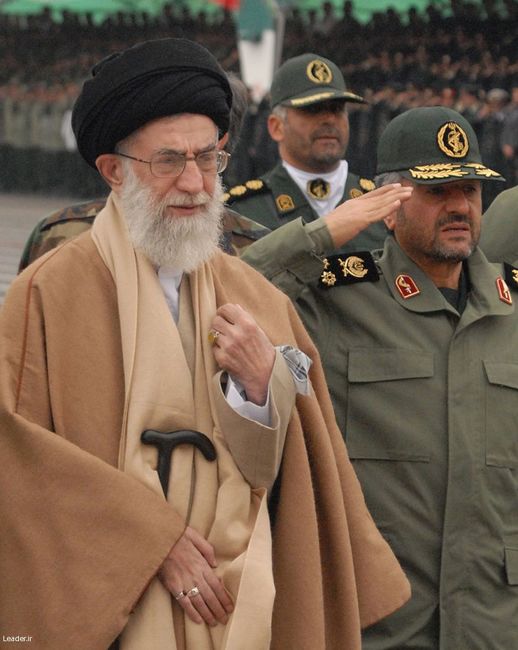 Islamic Revolution Leader Ayatollah Sayyed Ali Khamenei said Friday that the epic defense of the Armed Forces against the western-backed invading Saddam forces (1980-88) had left an invaluable legacy for the Iranian nation.

Speaking to a joint flag hoisting military ceremony held in Yaza province central Iran, Ayatollah Khamenei said that the Iranian nation will secure its progressive move under the auspices of its grandeur and military preparedness.

After the IRI natoinal anthem was played out to begin the ceremony, the IR Leader stood in homage before the Martyr Memorial in the ceremony ground and prayed for the souls of the nation's martyred warriors.

The Commander-in-chief of the Armed Forces then inspected an honor guard from the elite units of the IRGC, the Basij and the Police and then commiserated with a number of warriors who had lost their body parts in the Sacred Defense, known as Janbaz (sacrificing soldiers) among the Iranian people.

Ayatollah Khamenei then made some remarks to the military forces in which he commended the Yazd province's al-Ghadir battalion stationed on the ground for its memorable military performance during the Sacred Defense.

Ayatollah Khamenei urged the Iranian Armed Forces to broaden their military capabilities. "The Iranian nation, the honorable Imam, the lofty status of the martyrs as well as the sublime aspirations of the Islamic Revolution require the Armed Forces to enhancing their diligence and merits," the Commander-in-Chief said.

Ayatollah Khamenei noted that the Iranian nation has delivered to the Islamic ummah (community) a gift by its hoisting of the flag of freedom upon the stand of God-worshipping.

"Epoch-making messages could only be delivered by diligence and dedication. The great Iranian nation get the job done thank to the strong faith and firm resolve of its youths," Ayatollah Khamenei added.

Ayatollah Khamenei touched on the grandeur and self confidence of the Iranian nation, saying that the nation would put any aggressor in its place.

"No one can find any trace of hostility in this nation and its elected management. However, the peace-loving nation will put any aggressor of any size in its place so powerfully that even the intention of aggression disappears from its mind," Ayatollah Khamenei affirmed.

Ayatollah Khamenei appreciated the Armed Forces for their progressive discipline, adding that the Iranian nation alongside its Armed Forces would preserve its preparedness and grandeur.

Meanwhile, the IRGC Commander, General Mohammad-Ali Jafari in some reamrks in the ceremony declared that the Iranian Armed Forces were closely monitoring all movements in the region and keeping prepared to defend Islam and Iran by their supermodern military equipments and revolutionary management.

At the end of the meeting, held in the barracks of the al-Ghadir battalion, the military units marched past the Commander-in-Chief.